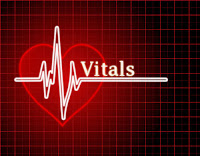 Nursing school is in full swing and it is kicking my trash.  Seriously, Tatiana asked me the other day when we were going to play together again and said, "When you're seven."  May 2014 can't come fast enough.

That being said, as tough as it is, when I really start to think about it, I'm having fun with all of this.  We started clinicals a few weeks ago, where we go to one of the local long term care facilities and get assigned to a patient and take care of them.  The first week was a little sad because in order to perform certain tasks, you need to pass them off during lab time at the college.  Week one we had passed off "therapeutic communication" so I talked...and talked...and talked...to anyone who would listen.  Turns out I'm pretty good at talking it up with a bunch of 70-90 somethings!

Last week in our lab class we learned about vital signs...blood pressure, heart rate, temperature, all that jazz, but before we could actually do vitals on patients and record them, we had to pass them off to our instructors.  Guess who passed!

I can officially not only take blood pressures and temperatures on people, but I can record them in their charts and they are totally too legit...to quit.
Posted by MaryBeth at 4:14 PM 1 comment:

I've got quite a few things going on in my life right now.  Aren and Tatiana have both started school - kindergarten and 7th grade - and tomorrow I have my first day as an official nursing student.  Overwhelmed doesn't begin to cover how I'm feeling.  In an attempt to keep myself calm today I opened up the Book of Mormon and it happened to be I Nephi chapter 5 during the church.  You all know the chapter.  It's the one where the boys finally get back from their trip back to Jerusalem and Sariah has been pretty vocal about her boys probably being dead, but then she sees them and says, "Ok, now I know there is a God and I'm happy and grateful."  Every time I read that I think, "But what if they hadn't come back?  What if she never saw her sons again?  Would her testimony still be strong?"

I started thinking about all the examples in the scriptures of where things are bleakest but always work out and it bothered me.  There had to be an example somewhere when things went horrifically wrong and still people stayed strong.  I often think about Lily dying and how everyone expected me to mourn her death, but still be strong.  Still have a testimony.  Still believe in a God who loved me and cared for me yet wouldn't allow me the one desire of my heart - to keep my daughter.  It was hard.  Damn hard.

And then it hit me - the 2,000 stripling warriors.  Well, not them exactly, but their mothers.  Their mothers were the Lamanites who's husband put down their weapons and vowed never to fight again and then were slayed in front of their families.  These women watched their dreams literally die in front of them.  Can you imagine their pain?  I'm sure more than one of them thought it could have all been avoided if they had just fought back.  I'm sure more than thought, "What's the point?  In the great plan, why was it so important that my husband not be here to help me raise my children?  Would it really have been so bad for him to stay?"

Unlike Sariah, these women did not get the opportunity to see their husbands again in this world.  They had to try to find their testimonies after watching their husbands die and use those testimonies to raise sons with a vision of God's plan and His love for them.  They were the perfect example of what to do, how to be, when everything goes wrong.

How grateful I am for the glimpses I get of a loving Father in heaven who knows me and wants me to learn.  I'm thankful that He knew there would be people on this earth who never received the miracles they wanted and didn't have the strength the carry on all the time and needed to know there were others who doubted and still made it through.  The scriptures truly have the answers if we will seek.
Posted by MaryBeth at 3:49 PM 5 comments: 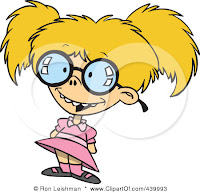 I finished up my second semester of college last week and I am pleased to announce that I landed a 4.0 this semester!  I was pretty nervous because I'm trying to get into the nursing program here and to do that I had to finish up two semesters of Anatomy and Physiology in one semester, so eight week courses it was.  I had a major exam each week and all of the learning was done via lectures online saving class time for labs and any questions.  Add on to that a math class to prepare me for the HESI, the nursing entrance exam, and things were crazy.  But this nerd did it and rocked it!

Now the waiting begins.  I should be notified the first week of June as to whether I've been accepted into the program, at which point I will give my family a big hug and kiss them goodbye for two years.  Totally worth it.
Posted by MaryBeth at 11:06 AM 6 comments: 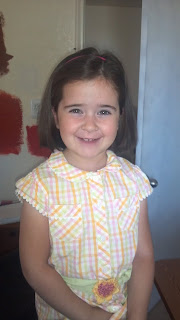 It's no secret that I have, well, a potty mouth.  I've tried to stop it and some days are better than others, but it is what it is and I offer no apologies.

Last night before going to bed Tatiana informed me that she had set a goal for Sunday and that goal was no whining.  Sounded perfect.  This morning within five minutes she was whining about something and I gently reminded her of her Sunday goal.  She looked at me and said, "I know, mom, but it's just so damn hard not to whine."

After apologizing to God for raising a sailor, I started thinking about the wisdom of my almost five year old.  She was spot on.  It is hard to not whine...damn hard.  Sometimes it seems I can go a whole day and all I hear from myself and everyone around me is how wretched everything is and truth be told, once you start it's hard to stop.  It's like a huge snowball effect.

I know I've talked about this before, but I'm too lazy to go through past posts and link up.  But let me just say that despite all the stupid crap that goes on, today I am not whining.  Today I am so grateful for my family, for the amazing onion seasoning I got from some home party because my potatoes tasted AWESOME because of it.  I'm grateful for the bishop for allowing one more testimony even though we were way over because the newly baptized member of the church reminded me of the miracles that can happen and the amazing generosity of those around me.  Today life is good.

Don't get me started on tomorrow, though.  I'm going back to the damn gym and that my friends really is going to be damn hard.
Posted by MaryBeth at 8:07 PM 3 comments:

Our family is way too busy...well, Rick and I are way too busy.  Rick is of course working full time, but he also goes to school part time and has a part time weekend job.  I'm in school full time and studying is my job, so it's not often that we have one day, let alone three days, to be together uninterrupted.  But last weekend was just that.  I named it Forced Family Fun.  We were gonna be together and we were gonna like it.  Nay, LOVE it.  Glory be, it worked!  Who knew?

Friday night we left Aren and Tatiana at home and Rick and I went out to dinner and then I finally upgraded my phone.  Did you know they have phones where you can take decent pictures AND check your facebook status?  Yeah, I know.  I'm a little behind the times, but my phone is amaze-balls.

Saturday we divided and conquered.  Rick and Aren hung out and went to a churchy thing then out to dinner while Tatiana and I stayed home and watched whatever cartoon we could find from Redbox.  It wasn't good.  Seriously, a dollar I will never get back.

Sunday was fantastic.  We went to the San Pedro house and went on a little hike complete with a picnic by a pond.  Complaints were few and far between.  In fact, Aren wanted to keep going!  We came home and roasted marshmallows and hot dogs for dinner.  Showers were had without complaints and children went to bed on time and happily.  If I didn't know better I'd say we were being duped, that's how perfect the weekend was!

Reality will set in this week as I'm studying for anatomy and Rick does nothing but work and plays a little Paper Mario World for Tatiana as she doses off to sleep, but we'll remember fondly our weekend of forced family fun and how it was a success!
Posted by MaryBeth at 2:40 PM 1 comment: 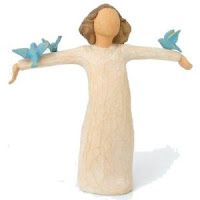 I like Willow Tree stuff.  I don't get them very often, but every once in a while, Rick will remember how much I enjoy them and he'll buy me one.  Today he surprised me with the one called "Happiness" and I love it.  It's been a hard week in our little home.  I've been so sick, sicker than I've been in a long time, which made it literally impossible for me to do anything.  Aren was sick was well...we're still waiting on the blood work to confirm if he has mono.  We also celebrated Lily's birthday on Monday.  She would have been ten.  Having a birthday party complete with cake and ice cream and presents where you sing to someone who isn't there gets a little harder every year, but we still do it.

So, back to the point.  It was a hard week, and ending it with me turning 37 and getting this gift has helped me to remember all the reasons I have to be grateful for this week.  Some of us were sick, but Aren was on break so he didn't have to miss any school.  Rick kept his job delivering pizza so we were able to spend an awesome day at the zoo celebrating Lily, we went out to lunch, we bought gifts, and nothing came out of our regular budget...all paid for by tips!  I was able to spend a few minutes talking with Tatiana about her sister who she doesn't see and how families are forever.  I spent time with Aren laying on the couch watching haunted stories, one of our favorite things to do, because neither of us was up to doing anything else.

The week that was full of sickness and sadness was really my week of happiness.  Thanks for reminding me Rick.
Posted by MaryBeth at 7:16 PM 5 comments:

Are You Bored? Take a Peek!